Ronaldo’s fourth came in the second half between two from Karim Benzema. Robert Ibanez reduced the arrears before Diego Mainz’s own goal, with Ronaldo heading his fifth late on. The result put Real one point behind La Liga leaders Barcelona, who have played a game less, and improved their goal difference.

The Key Benefits of Sport For Body and Mind 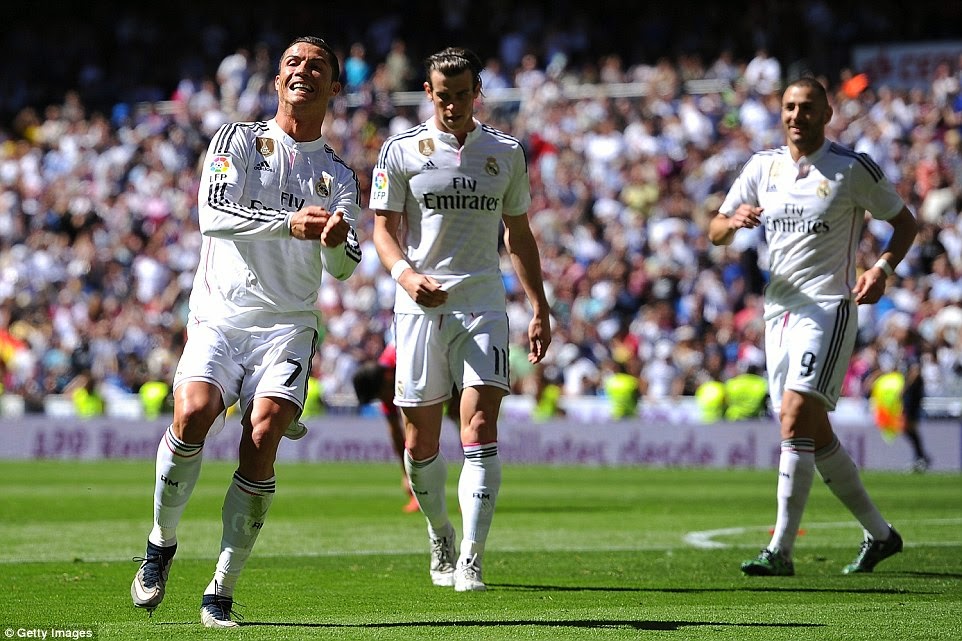 Granada, 19th in the table, withstood Real until the 24th minute when Bale rounded the goalkeeper to put Real ahead. By half-time Ronaldo had his fifth hat-trick of the league season, and his 24th in La Liga, drawing level with Barca rival Lionel Messi.

Benzema’s pair and Ronaldo’s fourth came in a five-minute spell early in the second half, while Ibanez’s consolation proved almost worthless when Mainz’s mistake and Ronaldo’s late header emphasised the gulf between the two sides.

A prolific journalist who joined The Trend Nigeria in 2015 with the aim staying committed to bringing more positive growth to the digital news platform.

Ladies: 5 Things You Should Never Say to Men

Meet The Arsenal Star Faster Than Walcott And Usain Bolt

The Key Benefits of Sport For Body and Mind