SHOCKER! Husband Be@ts Wife To Death Then Have S**x With Her Corpse

An Indian husband has told police he killed his wife before washing her body and having se x with her ‘one last time’. Pradeep Sharma, 25, of New Delhi, is said to have confessed to officers he ‘decided to get rid of his wife’ Monika, 23, after getting ‘fed up’ with their arguments. 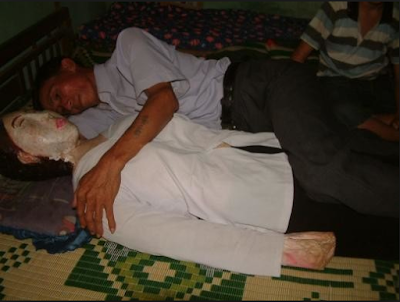 Groom-To-Be Electrocuted To Death Few Weeks To His Wedding

He has now been charged with beating her to death by hitting her with a brick and then ‘smashing her head into a wall’, before ‘sexually violating’ her corpse, before apologising to her.

OMG!! See How Kim Kardashian Is Celebrating Her Husband, Kanye West As He Turns 39

Groom-To-Be Electrocuted To Death Few Weeks To His Wedding